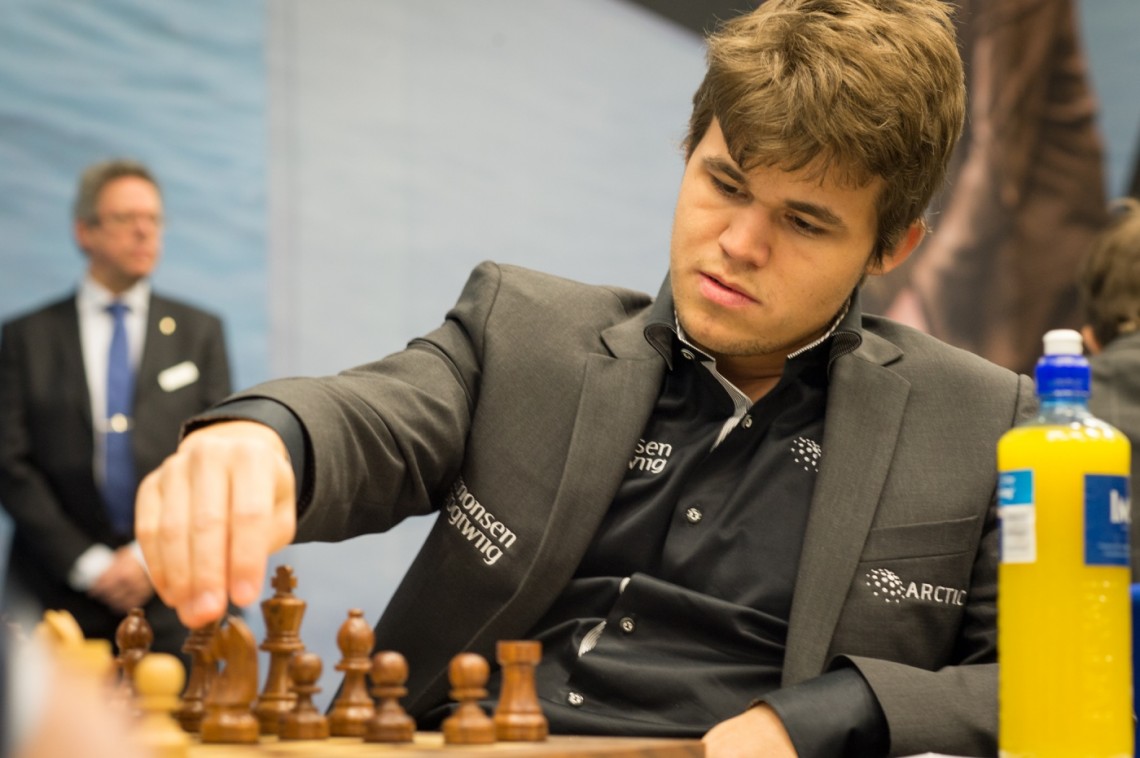 What do you get if you cross a world-class chess champion with a model who was voted one of the sexiest men alive by Cosmopolitan magazine? If you were thinking Magnus Carlsen, then you were right!

Magnus Carlsen is most famous for being a world class chess champion, but beyond that, he is a model for a popular Norway clothing company, owner of his own company that produces chess apps for the iOS system, and works as an ambassador for the company Nordic Semi-Conductor!

So how was it discovered that Magnus had a knack for brilliance? At just aged 3, he had mastered jigsaw puzzles solving 50 piece puzzles at a time! He then moved on to tougher Lego type games at age four which were meant for children up to the age of 14!

Ironically at first Magnus did not even want to play chess. He acquired the desire after reading about chess but he did not gain a love of chess playing with others but by himself! He would play chess for hours and hours by himself perfecting his game.

On top of winning many championships and rankings, Magnus also won the Chess Oscars (awarded to the best player of the year) in 2009, 2010, 2011, and 2012. In 2013, he won perhaps the most prestigious listing by making it on to Time Magazine’s list of 100 most influential people in the world for the year 2013!

It is clear that despite all this success, Magnus Carlsen is still very early on in his career and will see much more success in the future. The story of Magnus Carlsen shows you how important puzzle playing can be both for training the mind but also finding out hidden talents!

We think Magnus Carlsen is a super cool gamer. Know anyone else you think deserves mentioning? Let us know!